Lets just be honest here, I couldn’t beat this past time physics juggernaut with neither three functional arms nor fifteen firing appendages! Yet the single arm approach does play a role in stability I must say. 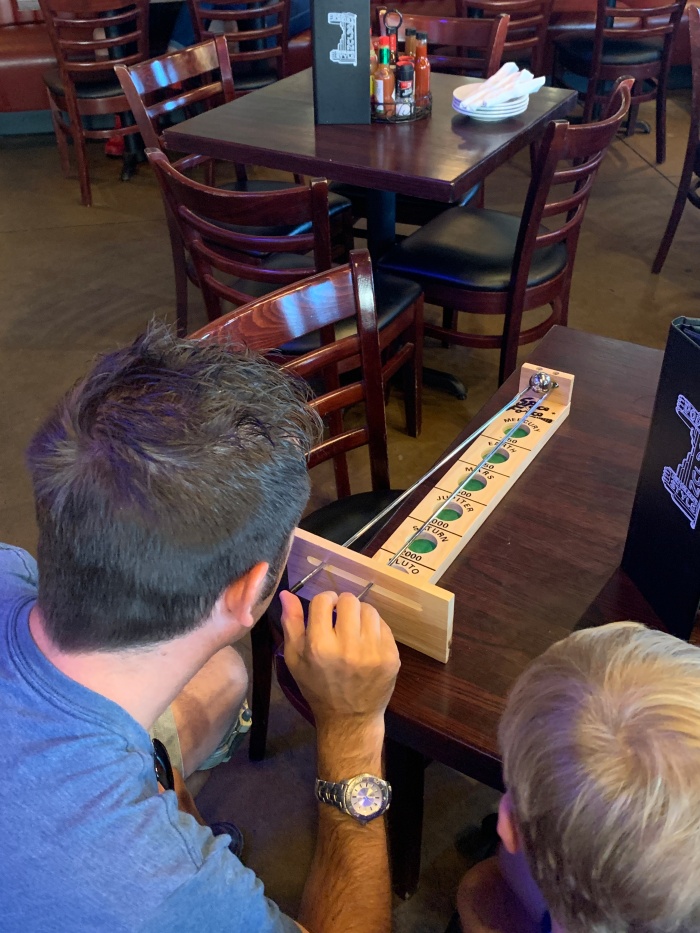 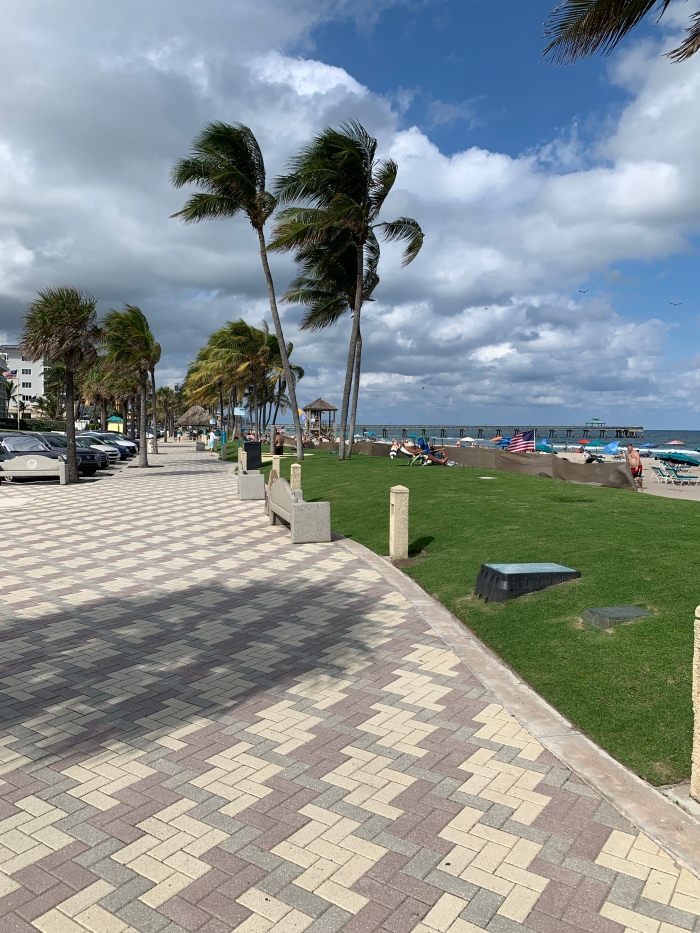 If you’re in to Sunshine, Palm Trees, Beach, Million Dollar Estates, Million Dollar Yacht’s, and Fabulous scenery everywhere, this is the spot to take a stroll. I commingled these two stretches into a 2.5 mile route of fabulosity in South Florida. To be able to walk over the intercostal drawbridge then strolling parallel to the Atlantic ocean via A1A Route 1 is just about the coolest tour that I can think of. The breeze off of the ocean makes for near perfect conditions any time of the day. 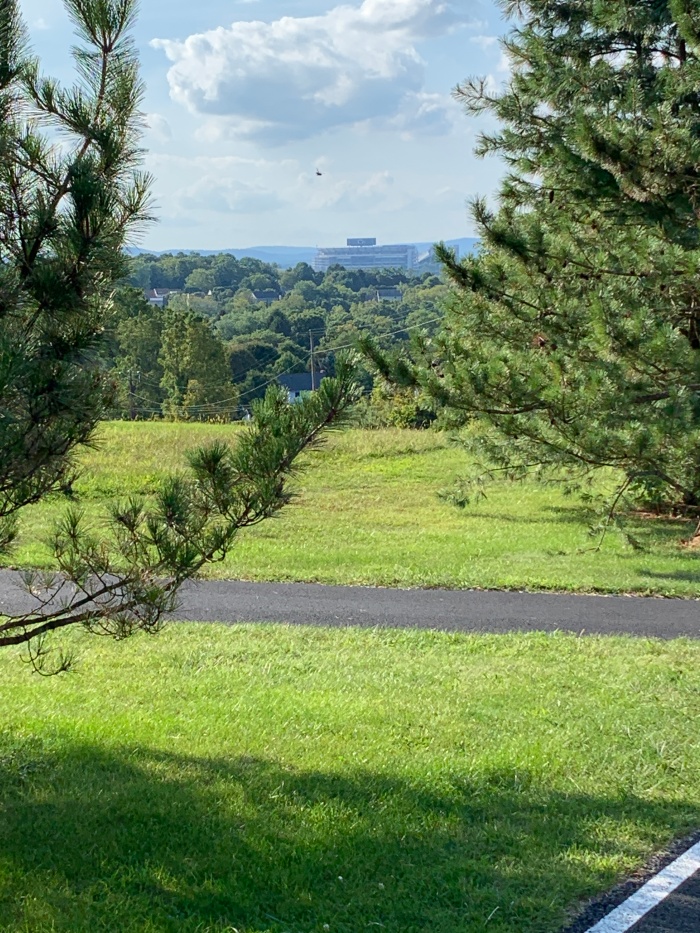 With impressive views of Beaver Stadium and Mount Nittany, this gem meanders a distance of nearly 10 miles connecting neighboring town of Boalsburg to State College for bikers, runners, and walkers. The blacktop surface is well maintained as well as the surroundings of nature along the way. Especially when the foliage is changing in the fall or when Spring first breaks Central Pennsylvania, you will not be disappointed taking in the fresh air and sights that come with it.

And By the way…GO STATE BEAT MICHIGAN TONIGHT!!!

For the past eight years, I’ve taken the theory of daily exercise to a high level.  I walk between 4 to 6 times per week religiously, racking in up 3 to 5 miles and sometimes longer, which works out to be around a two hours duration per jaunt.  When you spend two months between a hospital bed and wheelchair, you begin to appreciate the small things.  In my case, its walking.  I can sniff out a good trail just about anywhere that I go in my travels.  I find walking to be extremely therapeutic with both physical and mental benefits.  It’s easy to get out of an exercise regiment  after a serious injury.  I fell into that very trap going from an avid skier, snowboarder, tennis player, runner, in line skater, and golfer to loosing interest in many of these activities after my surgery.  Getting out and about is a huge part of the recovery process.  It’s the first way that I gained a sense of independence after my stroke.  It all started with short strolls down my driveway to the mailbox each day, then small journeys around my neighborhood and so on.  Now I walk pretty much everywhere in the city.  I don’t have a car here, nor do I need/want one for the most part.  The point is to get out there and see the world!  Don’t allow a disability of any size or shape dictate how you live your life.

If I’m not at home and you need to find me in Dallas, chances are I’m on the Katy Trail. With awesome views of the city skyline, the Katy is the remains of an old railroad stretch which was given to the city in 1993 by the Union Pacific Railroad.  This “Rails to Trails” concept stretches five miles from the SMU campus, through uptown, dumping out at the American Airlines Center in the heart of the city.

I was just informed thirty minutes ago that I was diagnosed with yet another stroke.  This is in no way tied to the previous incident eleven years ago.  It feels like winning the lottery yet being struck by lightning twice type of deals.  I have been told that this is a freak event in no way caused by my own doing.  The tear was found in my neck causing the difficulty with speech.

If there is no meaning to all of this, then I am loosing my own battle.  I do not loose!  I’m frustrated beyond belief but towards no one in particular.  People will find out in the hours ahead in disbelief.  I am relieved that this is not associated with the first go around.  I am not sure as of this moment yet somehow I wanted it this way.  At least I know what the goal is up front and not having to deal with the aftermath later is a slight relief.  I’ll come back better than ever through all of this.  I’ll take it and I’ll beat it again!

*The below footage was taken by my sister a few hours after I was admitted into Mount Nittany Medical Center.  My speech was moderately compromised due to the impact of an ischemic stroke (clots) occur when a blood vessel supplying blood to the brain is obstructed.  A Hemorrhagic stroke (bleed) occurs when a blood vessel is ruptured.

On this day two years ago, I became the proud owner of both! 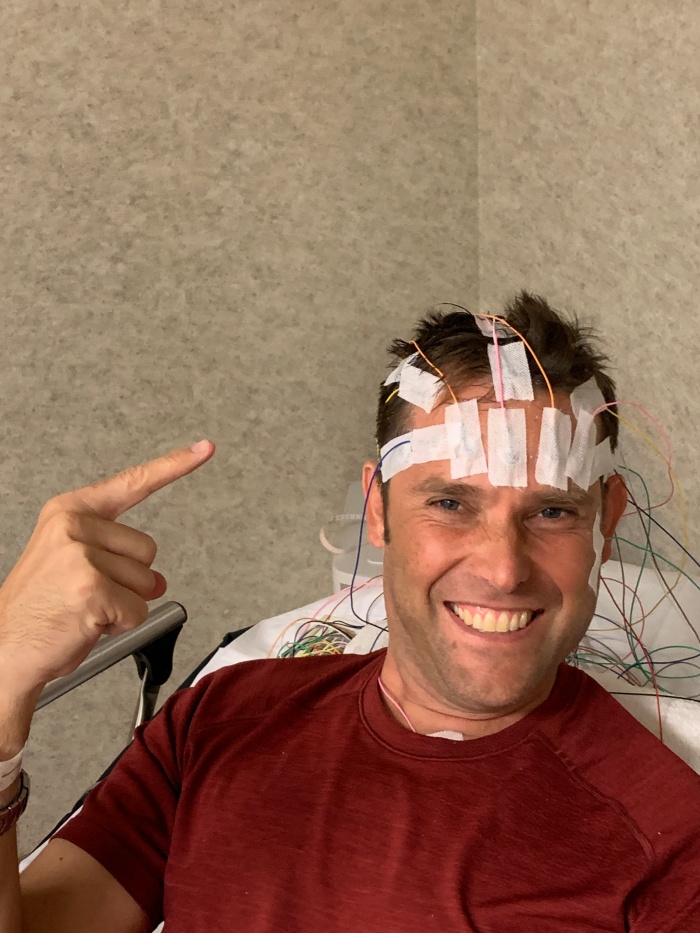 Yesterday, I paid a visit to The Neurology Clinic at Baylor where they performed an Electroencephalogram (EEG). This test is used to find problems related to electrical activity of the brain. An EEG tracks and records brain wave patterns. Small metal discs with thin wires (electrodes) are placed on the scalp, and then send then sends signals to a computer to record the results.

I have lived with epilepsy for my entire life but when symptoms presented themselves in the form of minor seizure activity (called aura), I had not a clue as to what the spells were caused by.  I always knew that if there was a device that could monitor my brain activity during one of these spells, an experienced professional would detect immediately that something out of the ordinary was going on up there. Epilepsy presents itself in several forms and is typically a result of abnormal brain activity.  The results may include abnormal behavior, sensation, and sometimes the loss of awareness.

EEG technology will find and track most forms of epileptic activity. The test is painless and actually quite relaxing (I got a 22 minute power nap in while the test was being conducted).  The results will then be reviewed and discussed at my next neurologist appointment.

If you or a loved one have any of the above symptoms, schedule an appointment with a neurologist immediately.

Special thanks to Barbara who was my awesome EEG tech yesterday.  You were a great sport!

If you need to find me in Dallas, chances are that I’m on the Katy Trail getting my 2.5 mile cardio workout in between 4 to 6 days per week.

Last year, just an hour before the start gun fired, threatening weather made us bail at the last minute. Well that is NOT going to be the case today! I’ve been looking forward to this day for quite some time.

Spectators likely won’t spot me at the front of the pack but I’ll be pushing hard to cross the finish line at a strong pace. 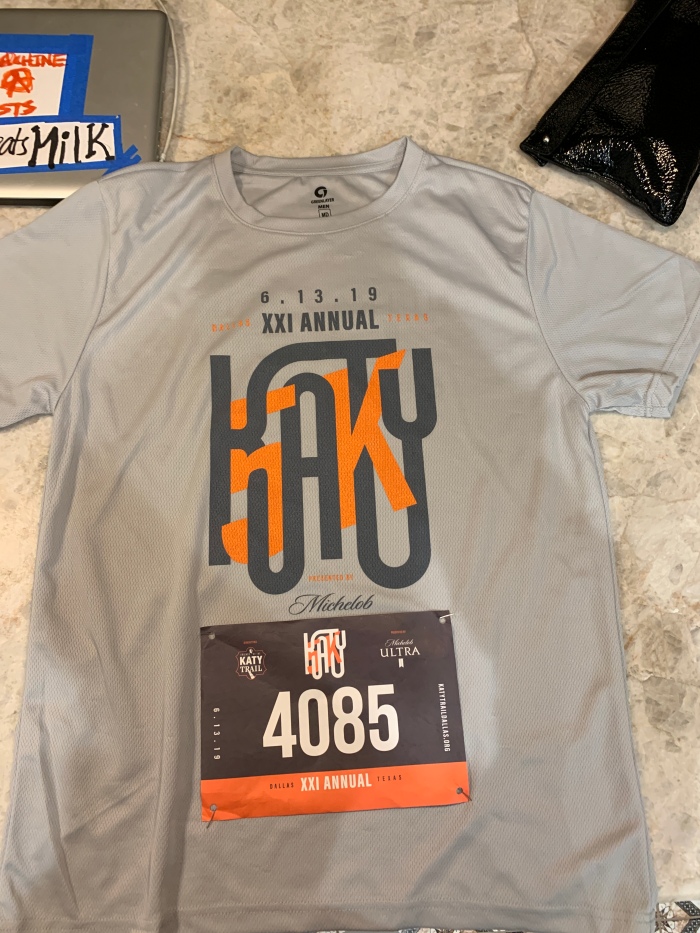 By this point we all know that ice and I have not seen eye to eye.  I’ve ungracefully wiped out due to freezing conditions more times than I’d like to count. Whether it be shoveling snow, taking out trash, grabbing my mail at the end of the driveway, or slip then bail acrobatics in a few parking lots over the past years. (Last night I attended the Dallas Stars vs Pittsburgh Penguins hockey game and thought the segue was appropriate so just roll with it!)

However, navigating Arenas and Stadiums can present a whole slew of challenges for patrons with even the smallest of disabilities.  I have learned three tips which I feel are worth the share when attending events in these complexes…

As you can see, these stairs down to our seats were extremely steep and narrow.  Getting up and down was a little challenging but an over all success due to adequate time and planning before puck drop.  Finally, a shout out to the American Airlines Center staff is deserved.  They were on point and Awesome! 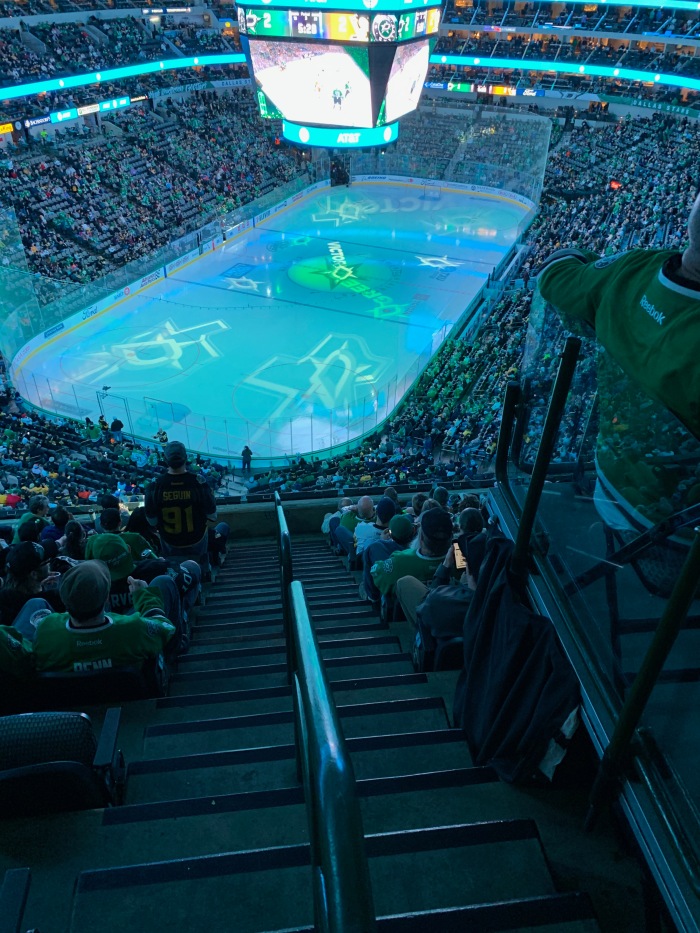 Greetings from the big D folks. I’m celebrating a great Friday on this the 13th Year of

I know that outstroken.com has been a little quiet over the past year but trust me when I say that there has been a whole lot of shaking hands and kissing babies down here in Dallas! 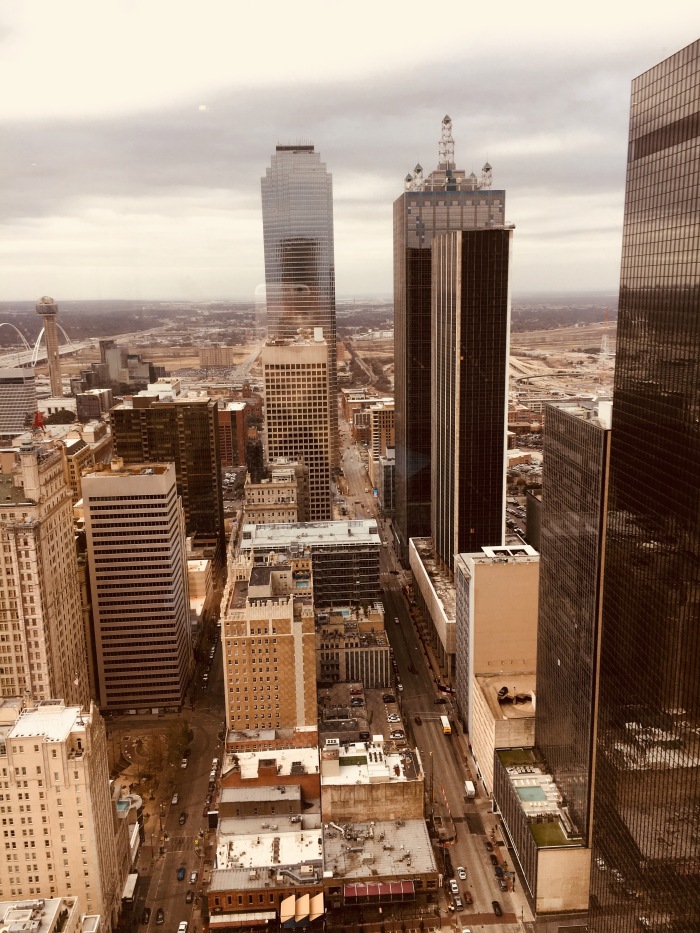 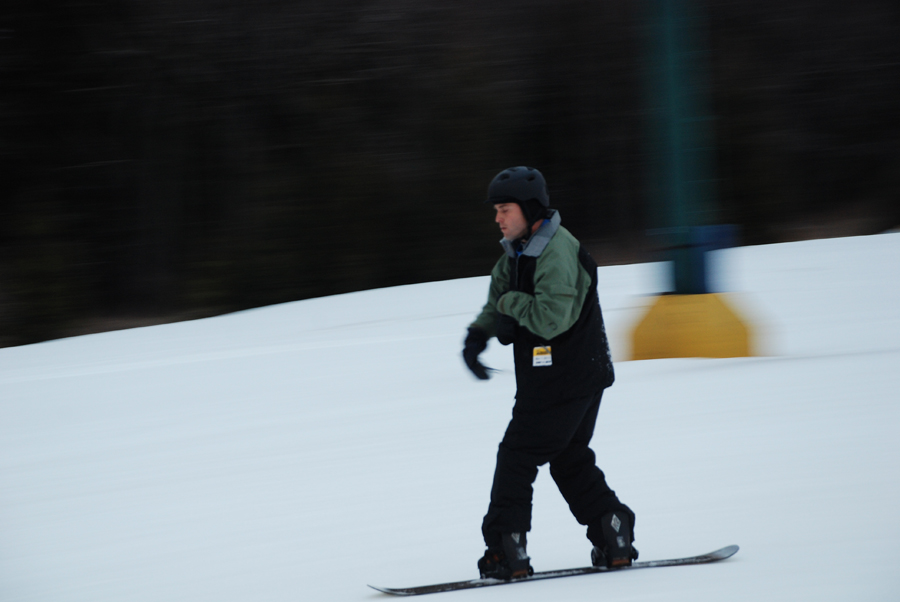 My name is Jonathan Miller. I am 42 years old living in Dallas, Texas. On February 22 of 2006, while living in Central New Jersey, I was to undergo brain surgery to remove a benign mass, which was discovered (more on this to follow) on the right temporal lobe of my brain. Though the surgery was successful in removing the mass, a blood vessel located on the Thalamus was hit at an unknown point during the procedure. The “bleed” was neither noticed by the surgeons, nor documented, nor discussed in post surgery discussions. In the immediate days that followed, we all knew that something was wrong…and this is where my journey begins…

On September 18 of 2017 at age 39, I suffered an ischemic stroke due to a blood clot that released from my neck passing to my brain stem. It was determined that this event was in no way correlated to the events of 11 years prior.

So indeed, I’m the proud owner of both a CVA (hemorrhagic bleed) and ischemic (clot) stroke before the age of 40 years old. Throughout my journey, several survivors, professionals, and caregivers in the stroke/TBI/paralysis community have followed my recovery over these years. I have become extremely passionate about the cause. So many people have observed my positive attitude to the adversity that was bestowed upon me at a young age. Through it all, I found the will to persevere and find a desired quality of life. When life-altering events such as these arise, people scramble to find the blueprint of recovery. Unfortunately, every scenario is different in the world of TBI and stroke. As the acute stages of my setbacks waned, I wanted a platform to document my recovery process to help others affected after me. Hence, outstroken.com was born. I hope you find the content of these past years useful. And always feel free to reach out with questions, comments, and feedback. Take care of yourselves and one another!